THE WEAPONS THEY USE...THE BACK STORY

As many of you know already, last summer I published my first science fiction novel titled THE WEAPONS THEY USE. It’s what is called a soft sci-fi or present day sci-fi. Either way, this book has gotten some incredible reviews! Reader’s Favorite gave it 5 stars as did many Amazon readers.

Here’s a little known fact about this book; THE WEAPONS THEY USE is the novelization of one of my own, original screenplays. I’d gotten the idea several years ago when the Las Vegas shooting took place in 2017. This wasn’t the first such event that had everyone shaking their heads in horror and anger as they asked, “Why is this happening? How can this keep happening?”

After some intensive research into this devastating phenomenon, I’ve found some very disturbing facts that I’ve included in the book.

The hardest part to comprehend is that between 2006 and 2016 the total number of shootings was 183 and this total doesn’t even include the timeframe between 2016 and 2021!

I kept telling myself, “There has to be a reason!”

Here’s where my chaotic imagination kicks in and I asked myself, “What if . . .” and that’s all it took for my fantasy world to begin.

And then I started looking into extraterrestrial possibilities and found these amazing facts on a website www.space.com.

Astronomers have discovered a galaxy as big as the Milky Way that consists almost entirely of dark matter, a mysterious and invisible substance that scientists have been trying to figure out for decades. Only one-hundredth of one percent of the galaxy is ordinary, visible matter like stars and planets. The other 99.99 percent of the stuff in this galaxy can't be seen.

This dark galaxy, named Dragonfly 44, was first detected in 2015, through the use of the Dragonfly Telephoto Array in New Mexico.

This bit of information is another spark that ignited the inferno of my imagination and Dragonfly 44 Galaxy plays a huge roll in THE WEAPONS THEY USE! As does what is called the Kordylewski Clouds. This information was also found on www.space.com

In deep space, there are five points where the gravitational pull of Earth and the moon balance each other. Two of these so-called Lagrange points, L4 and L5, form an equal-sided triangle with Earth and the moon, and move around Earth as the moon orbits the planet. Any objects at either L4 or L5 can stay in relatively stable positions there about 239,000 miles (389,000 kilometers) from both Earth and the moon, barring any interference from the gravitational pull of the sun and other bodies . . . Prior work also suggested that at the Earth-moon L5 point, two clouds of dust might exist, ones first reported by and named for Polis astronomer Kazimierz Kordylewskie in 1961.

Now isn't that interesting? I also found in this same article that the center of these clouds are still unknown.

So, I put all of this information together to create a feature length film, including a complete treatment. But, that's a story for another time.

While I was out of work during the COVID 19 pandemic, I decided to put the script into book form and expanded on it. To say that I immersed myself in it is a huge understatement. It helped that I'd already had an outline, of sorts, with the script and it only took about two months for me to finish the draft and send it off to my editor.

As I said, I’d published THE WEAPONS THEY USE on Amazon last May. Almost a year before the popular news show, 60 MINUTES, broke the news that the government was now taking UFO sightings more seriously and people of renown are coming forward with their own stories. And they aren’t the only media outlet that has jumped on this bandwagon!

Of course they are no longer called UFO’s, the acronym for Unidentified Flying Objects, because of the decades of stigma attached to it. They are now called UAP’s Unidentified Arial Phenomena. (Hmmm can you say tomato . . . or is it tomahto?)

Either way, THE WEAPONS THEY USE has piqued the interest of believers and nonbelievers alike. It is, as one reviewer from Reader’s Favorite stated: "...had my heart racing and got my interest from the moment I started reading it...The action was intense and it was jam-packed right from the beginning."

So, now you know the backstory of THE WEAPONS THEY USE. But, don't let all the technical jargon fool you into thinking this book is full of boring data.

Lieutenant Samuel Jackson, a US Marine, is a dedicated soldier with both feet planted firmly in reality. Unlike his twin brother, Seth, who had been in and out of mental institutions since their eighteenth birthday. Or Seth's friend, Karma Taylor. Karma is a woman on a mission and she refuses to stop until the world knows the whole truth. After Seth's tragic death, Sam and Karma come to a tentative, and somewhat volatile, truce as they join forces after bodies start piling up and Sam is wounded and on the run for his life.

As a side note, I've also recently published another book based on a script I'd written for a one-hour, Prime-time, Network crime show, called THE SHAMAN. I'd even gone so far as to complete the treatment as well as a brief synopsis of the first 15 episodes and an outline for the first five seasons...Hey, if you're going to do something, do it with the intention of being successful.

That's about it for now. Check out the websites that I've mentioned in this post and read the articles. You will see that I've used a lot of facts in this work of fiction!

Have a great day, and happy reading!

Popular posts from this blog

Memorial Day: A Time For Remembrances 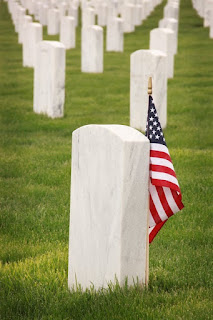 Hello, my friends, Normally, as those of you who read my blog regularly know, I usually post about my journey through my writing career. However, I feel that this is a time to salute those who have made it possible for me to do what I love to do. So, let me just start with this: THANK YOU! I don’t think I say it enough, or truly appreciate your sacrifices. Thank you to those who have fought and died and are still fighting and dying to protect our nation and our freedom. Thank you, police officers, firefighters, doctors, nurses, EMT’s, and all of you who come to our rescue in our times of need, even at the risk of your own safety. Everyone—unless you have been living in a cave for the past six months and have no contact with the outside world—knows that the COVID 19 pandemic has turned all of our lives upside down. But there are those who have continued to serve and do their jobs with little to no recognition; Grocery store clerks, bank employees, auto mechanics, teach
Read more

As Time Moves On, This Too Shall Pass

May 08, 2020
Hello, again, Since the COVID-19 pandemic has forced so many people into home quarantine and the social distancing issues, it’s hard to find enough to keep our minds from turning to oatmeal. Let’s not forget how quickly it can send us over the edge and into the pit of despair. You can’t turn on the television, check your Facebook and Twitter page—or any other social media outlet—and not see something negative concerning the coronavirus and the rising numbers of people infected or who have died “from complications” due to the illness. It hurts my heart, and my head, to be bombarded by this and it’s a constant battle to maintain a positive attitude through it all.   My remedy for this has been not only to delve into my writing and promoting my newest release, THE WEAPONS THEY USE , which is due to come out on June 29 th of this year, but I’ve also started my own little herb garden. As I work on the outline/synopsis, (as I described in my previous blog), for my next manuscr
Read more

Kate Porter
My name is Kate and writing has been my passion for as long as I can remember. My first short story was published in my high school newspaper and that was all it took. I now have a list of books on Amazon and several that haven't been published YET. I've even branched out into screenwriting. But, that's a story for another time.